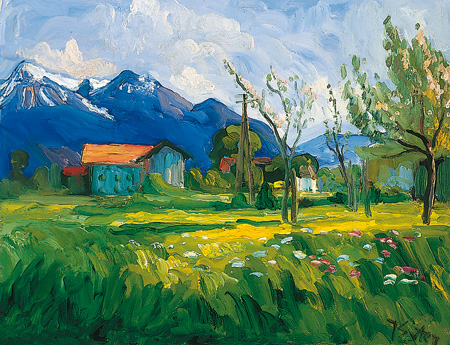 The Julius Exter Art Gallery is part of the Museum in the Augustinian Monastery on Herrenchiemsee and is located in the prelacy tract (north wing), which was built between 1727 and 1730. 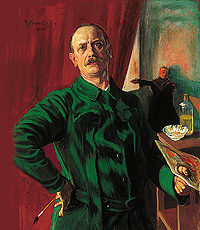 The works on display in nine magnificent baroque rooms cover all the creative periods of the artist, from his symbolist period with its dark mystic subjects to his expressionist period, which was characterized by spontaneous, colourful pictures.

Next to a room with self-portraits of the artist is a hall with paintings originating from his summer residence in Übersee-Feldwies. "Nude in the open air" was one of the subjects of the famous painting school of Professor Julius Exter. His pictures on this subject fill a whole hall and lead on to the expressive pictures of the landscape between the Chiemsee and the Alps in the next room.

To protect visitors from COVID-19, this object must remain closed until further notice (regional hotspot lockdown).