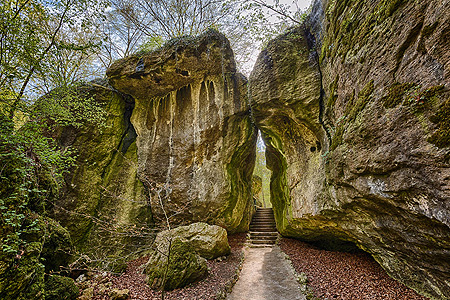 Writing about the Sanspareil Rock Garden in a letter to her brother, Frederick the Great, Margravine Wilhelmine declared that "Nature herself was the architect". And it was true that the garden begun in 1744 was dominated by the bizarre natural rock formations in the beech grove of Sanspareil. In the time of the margraves, individual rocks and caves were named after the locations of events in the French novel "Les Aventures de Télémaque". 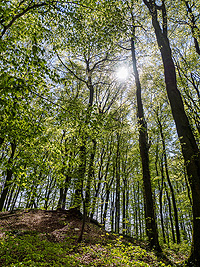 Small buildings, some made only of wood, were added to the magnificent natural setting. Many of these buildings fell into ruin in the course of time or were sold in the 19th century for people to take away.

Near Sanspareil Rock Garden the medieval Zwernitz Castle can be visited.

Largely accessible, only in parts difficult because of steep paths; barrier-free toilets are available at the visitor centre at Zwernitz Castle.

The Sanspareil Rock Garden, situated around 40 km west of Bayreuth near the village of Wonsees, can be reached on the road B 22 or the A 70 motorway (Schirradorf exit).