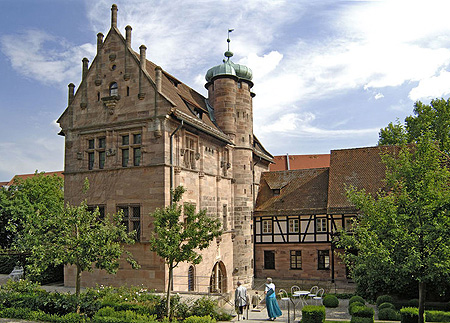 The summer residence of the Tuchers, a Nuremberg patrician family, was built between 1533 and 1544. Among the exhibits in the little palace from the Tucher family foundation, which has been furnished as a museum, is a famous dinner service by Wenzel Jamnitzer.

The yearly season tickets of the Bavarian Palace Administration don't entitle the bearers to free admittance.

For information about opening hours, guided tours, admission fees etc please have a look at
museums.nuremberg.de

Not accessible for wheelchair users