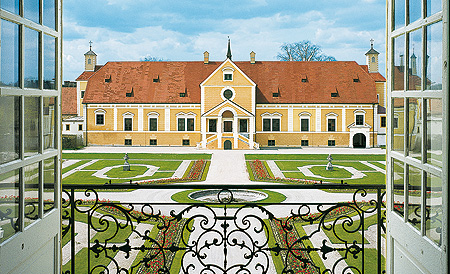 The Museum at Schleißheim Old Palace, a branch of the Bavarian National Museum, houses two collections:

Gertrud Weinhold Ecumenical Collection "The religious year and its festivals"

The museum has a permanent exhibition comprising over 6,000 items illustrating religious culture round the world and ranging from images used in religious festivals to private expressions of faith. They were collected and arranged by the Berlin patron and honorary professor Gertrud Weinhold (1899-1992), and were left to Bavaria on her death.

This collection describes East and West Prussia before the German population was driven out and serves as a reminder of the history, culture and fate of this area. It focuses primarily on the particular characteristics of the landscape and the people and the significance of this region for Germany and its european neighbours.

Further information and tips for visitors can be found at
www.schloesser-schleissheim.de

Shop at the New Palace
www.kulturgut.de