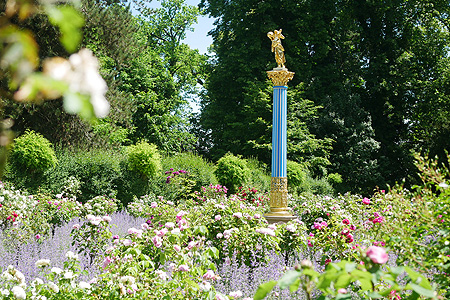 On the former fishermen's island of Wörth, the garden designer Peter Joseph Lenné created a fragrant rose paradise which was later to become one of Ludwig II's favourite places. Among the guests he entertained here were Empress Elisabeth of Austria, the Russian Tsarina Maria Alexandrovna and Richard Wagner.

Feldafing Park, which was laid out by the court garden director Carl von Effner opposite Rose Island, is popular for its splendid views of the countryside framed by old oaks and beeches, with the Starnberger See and the Alps in the background. Plans for a summer palace on a hill in the park were abandoned with the early death of Maximilian II in March 1864.

The remains of prehistoric pile dwellings on the bottom of Lake Starnberg by Rose Island have been included on UNESCO’s World Cultural Heritage list.

Usually the first blossom begins around mid-June, the second around mid-August, each lasting for about 4 weeks. Depending on the climate the roses may bloom (even weeks) earlier or later. 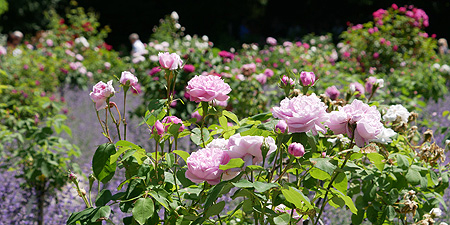 Feldafing Park and Rose Island are in large parts accessible for wheelchair users.

from Munich to "Feldafing"

Ferry service from Feldafing Park to Rose Island (May to mid-October)
www.roseninsel.bayern

Rose Island is open to the public; it is not allowed to bring dogs or bicycles to the island.